This product can be justly described as the Bentley of shooting glasses. The actual goal was to develop a high performance holder for shooting glasses lenses. Things do not always work out as originally intended, however, and AXIA developed over time into AXIA TRIPLE X. Only the highest quality materials (highly compressed aluminum, rustproof stainless steel etc.) are used. This guarantees durability and reliability.

Like no other product, the system resolves sighting and aiming problems. AXIA TRIPLE X is the world’s most powerful shooting glasses system. Boris Rebsamen calls the system an “optical monster.” He arrived at that name not only because of the system’s performance data. No one would have believed that an idea could result in such a significant product in so short a time.

Even while contending with long hours and high costs, the three men kept their sense of humor about the entire project. Christof Carigiet texted Boris Rebsamen: “AXIA TRIPLE X is born… you are welcome to visit me at the maternity ward in Zurich.”

It was one of the most complex and closely guarded secrets in the shooting glasses industry. It can be summarized in this way: many sport shooters tilt their heads to the side. This tilt can vary between 2 and 20 degrees depending on stance and equipment model. Reacting to the tilt, the eyes roll to the opposite side, leading to a discrepancy between the eye and the shooting glasses. 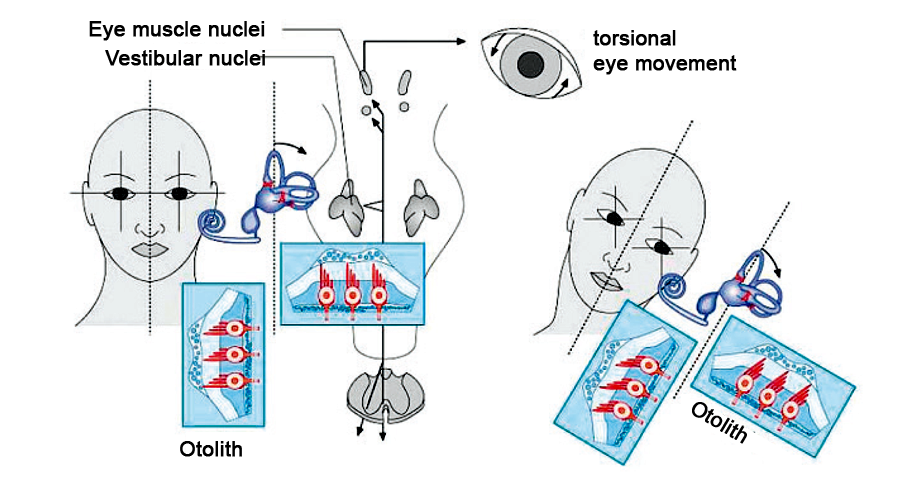 From a medical point of view, the following can be said: the reactive eye roll is a static reflex. Static reflexes achieve balance in normal standing, sitting and lying. These reflexes are produced by the macular organs. The static reflex causes the retina to process horizontal and vertical lines always in the same way. This compensatory positioning of the eyes creates an axial rotation in the frontal plane, inclining the head to the side.

The change in gravitational acceleration effect caused by the inclination of the head permanently activates the reflex, causing the eye repositioning after the cessation of the head tilt. Since the reactive eye roll amounts to between 6 and 9 degrees at a maximum, an optical defect occurs. It is nothing new to state that almost no eye exhibits a perfectly spherical surface or lens, or that this can be corrected with toric lenses. As a result of the eye movement, toric eyeglasses create a sighting defect that should not be underestimated.

X1: Correction of remaining astigmatism resulting from the sideways tilt of the head. By rotating the lens in the holder, it is possible to change the axial bearing point in the stance, improving the hit ratio.

X2: The best filter system on the market. No more loss of lenses. Filters can be changed when glasses are put on. It is recommended that you only use super-coated high-tech filters.

What do shooters say about AXIA TRIPLE X?

“For years I have been on the lookout for the AXIA TRIPLE X System.”
Pierre-Alain Dufaux

“This redefines the target.”
Rolf Denzler

“I can finally optimize the target in any stance and at any distance.”
Fabio Sciuto

“The target is so good, I can focus on my shooting technique.”
Marcel Ochsner

“Poor targets are a thing of the past.”
Christof Carigiet 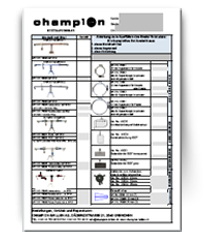 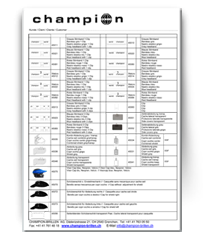